Welcome to the Midwinter’s Eve Giveaway Hop!
For this hop, I’m giving away ecopies of my own books, Fairy, Texas, Waking Up Dead, and Beyond the Count.  I’m also giving away copies of Paranormal Introductions to everyone who signs up for my newsletter–it’s a collection of first chapters from some great books! Finally, I’m also including a link to the giveaway I’m co-hosting with I Love Vampire Novels–it runs through January 8, and includes five signed paperbacks of Sanguinary and a $50 Amazon gift card, plus everyone who enters will get a copy of Siren’s Kiss.
So check out my books below and enter to win, then enter to win the ILVN giveaway, sign up to get your own copy of Paranormal Introductions, and HOP to the rest of the participating blogs!
Enter to win Fairy, Texas, Waking Up Dead, and Beyond the Count

When her mother remarried and moved them to a town where a date meant hanging out at the Sonic, Laney figured that “boring” would have a whole new meaning. A new stepsister who despised her and a high school where she was the only topic of gossip were bad enough. But when she met the school counselor (and his terminal bad breath), she grew suspicious. Especially since he had wings that only she could see. And then there were Josh and Mason, two gorgeous glimmering-eyed classmates whose interest in her might not be for the reasons she hoped. Not to mention that dead guy she nearly tripped over in gym class.Boring takes on an entirely new dimension in Fairy, Texas.
If she’s going to survive in this small town, she’ll have to learn to wing it.

When Callie Taylor died, she expected to go to heaven—or maybe hell. Instead, when she was murdered in Dallas by some jerk with a knife and a bad-mommy complex, she went to Alabama. Now she’s seen another murder, and she can’t just let it go; she must find a way to make sure the police figure out who really killed Molly McClatchy before an innocent man goes to prison, all the while trying to determine how and why she woke up dead in Alabama. 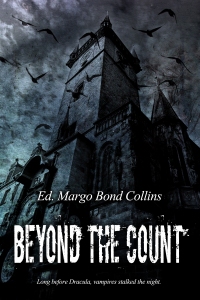 These early literary vampires are sometimes terrifying, at times melodramatic, and occasionally ridiculous, but they are always out for blood—and their vampiric descendants continue to fascinate and captivate us.

Beyond the Count is a collection of vampire stories, plays, and poems from the eighteenth and nineteenth centuries. This collection gives students, scholars, and vampire aficionados the opportunity to examine works often long out of print and to contextualize the development of vampire legend beyond that most famous of literary Counts.

Sign up for my newsletter for a copy of Paranormal Introductions: 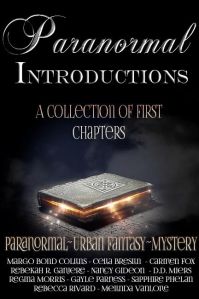 HOP to the rest of the blogs: