Bethany has been acting as parental guardian for her younger sister ever since the death of their parents in a car accident. She tries hard to make Christmas a special as she can for her sister. But when her sister meets a man online who wants to meet her over the holiday, Bethany puts her foot down. Her sister shows her rebellious side and disappears. Now former police detective from Boulder is looking for the couple and suspects that the Christmas Killer from Boulder might have set his sights on their small town.

THE 12 MYSTERIES OF CHRISTMAS series:

• IN THE NICK OF TIME by Susette Williams

• MURDER: UP ON THE ROOFTOP by Tina Dee

• JOY IN JEOPARDY by Lynette Sowell

• HOLLY IN HIDING by P. Creeden

• NOELLE ON THE RUN by Alexa Verde

• DANGER FOR GLORIA by Lynette Sowell

• MERRY WITHOUT MALICE by P. Creeden

Cozy up with romance this fall and fill your readers! Not only do you have a chance to follow your favorite authors and discover new ones!

You can even sign up for FREE to get notifications from them through Bookbub.

Do you have an account? It’s FREE (love that word!) and you get notifications about great books all the time – like our authors here!

Two great ways to take part in this promotion:

Fall for a new author today! Enter to win here

I’ve been on a reading binge lately, focusing on historical romances. I have a soft spot in my heart for Regencies, not only because they were the first kind of romance novel I ever read, but also because I have a pile of degrees in eighteenth-century literature–so I’m always interested to see how other authors deal with the period!

This review is for three historical romances I read last week. They were all fun in completely different ways and well worth picking up and giving a read. Check them out!

Primrose and the Dreadful Duke by Emily Larkin.  Larkin may be my new favorite historical author. I hadn’t read anything by her before, and this book had me laughing aloud before the first chapter was done. Oliver, the hero of the book, is charming and lighthearted, the sort of character who all too often ends up playing a sidekick rather than the lead. Here, he’s the perfect match for Primrose, the bookish heroine who finds herself at a house party with a murderer who’s out to get Oliver. It’s a light mystery and a delightful romance, and I’ll be stocking up on more of Larkin’s books. 5 stars.

Earl to the Rescue by Jane Ashford. Gwendeline Gregory is a bit of a silly heroine in this book, though it was nice to find a departure from the standard bookish girls who don’t quite fit in. And the hero, Alex St. Audley, is kind and charming and tries to do the right thing by Gwendeline. I didn’t quite buy the kidnappings–or rather, I wasn’t deeply invested in them–but I liked the book, for all that.  4 stars.

Someone to Trust by Mary Balogh. As usual, Balogh’s writing is absolutely gorgeous, drawing the reader into her characters with style and grace. I was delighted to discover in Elizabeth Overfield a Regency heroine over thirty. And even better, the hero, Colin Handrich, Lord Hodges, is a younger man! At twenty-six, he’s old enough to be on the marriage market, but when he falls for Elizabeth, they have to face some interesting opposition from their society–and their own hearts. 5 stars. 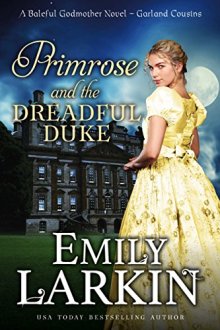 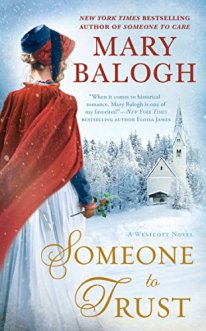 via What She Inherited! Reverse Harem.

First and Ten: A Contemporary Reverse Harem
A Team of Her Own Book 1: Preseason
by Erin Hayes and Margo Bond Collins 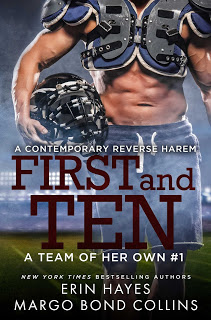 When Madison Harte inherits a football team with three hot players who all want her, there’s one problem: when it comes to America’s favorite sport, she’s clueless.

I have the worst luck. Failed tech startup? Check. Cheating ex-boyfriend? Check. No idea what to do next? Check.

Then my Uncle Dusty passes away and leaves a whole football team to me. Never mind that I’ve never even seen a game. Who has time for that, right?

But I can sell the team and turn my life around, so I fly from San Francisco to Birmingham, Alabama, where I find a whole new level of football obsession—and start to develop a fascination of my own. Mostly with the three players who are very, very interested in me.

I never expected to find a team of my own. Or that there would be so many obstacles in our way.

I was strong and capable and would get through this just fine.

And if that had to be my mantra for the next few weeks while I worked out how to sell the team, so be it.

I can do this. I can make it work.

I ignored the voice in the back of my head that said, “And if you can’t, maybe you can just find someone else to help you out.”

As I approached the rental car desk, the man working greeted me with a deep, soft, Southern accent, his vowels elongated and the A’s and I’s almost reversed. He checked the length of time I had arranged to rent the car

“One of our long-term rentals,” he noted. “What are you in town for?”

“Business,” I replied. “For a long time—maybe longer than I have the car rented for.” However long it took me to get the team ready to sell.

He nodded. “If you need to extend the rental, you can do that online.”

“Roll Tide or War Eagle?” he asked, raising his eyebrows.

Did that have something to do with extending the rental, too? “Pardon me?”

He repeated himself, and I stared back at him blankly.

“Alabama or Auburn?” he clarified, which wasn’t clarifying anything.

“I don’t know what that means.”

He rattled a plastic cup full of burgundy and orange flags. “I’m asking which team you go for. For a flag. For your car.”

I had no idea what I would do with a flag for my car, or how I was supposed to answer. “I am so sorry, but I have no idea what you’re talking about,” I said.

He spoke very slowly, as if to someone who had a serious mental deficiency. “Your flag shows your support for the football team of your choice.”

Great. I was in one of the only states in the country where everyone had an opinion about football. Except maybe Texas. I had some vague idea that they might be as knowledgeable about football as people from Alabama. Then again, that might just have been because I knew Friday Night Lights was set there. Which I had never watched because it was about football.

It suddenly occurred to me that I did have a football team that I could go for. “I go for the Birmingham Yellowhammers,” I said brightly.

The rental agent shook his head sadly. But he reached under the counter and pulled out his small bucket of yellow flags. “Don’t get much call for these around here.”

“But this is Birmingham.” 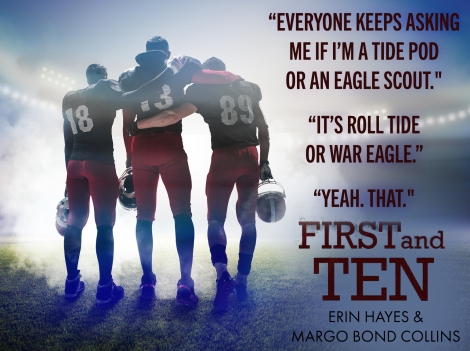 What is it about flawed characters?

Could it be that they are easier to relate to?

Or maybe, just maybe we enjoy rooting for the underdog…

Whether reading or writing, I need my characters to have some type of flaw. I’m not just talking about the minor things either. I love stubborn, bad @ss, rude, and even dysfunctional personalities. I love nothing more than to have the darkest parts exposed for all to see. TBH, I think perfection is overrated, and I’m not afraid to admit that I’m the exact opposite of perfect. Therefore, I relate more to similar characters.

You see, here’s the thing: it’s about redemption. For me, at least.

I’ve always believed that no matter what someone has done (well…within reason, of course), they can always change. We’re all human, and the characters in books are “human” too. So, in a perfect world, we might make the worst choices but still manage to get an HEA. In reality, that’s not the case. So, why not allow a fictional character to experience what a real person might never accomplish—flaws and all!

For the past five years, Lucas Akins has been in love with his best friend Shayna Davies. Anyone with eyes could see, even Shayna. Yet she’s been fighting off her own feelings too!
As they attempt to continue a life together as just friends, the universe steps in and forces them to own up to their feelings.
But life is never that easy.
Bad choices and dark secrets filter into their lives to shatter the only real happiness either has ever known. And they are forced into circumstances neither is prepared to take on, though they must; otherwise, love might be lost. Forever…

Janice Ross was born in Guyana, South America and migrated to the USA in 1980. Although her citizenship certificate now reads the United States of America, she considers herself a citizen of the world. Sure she has not physically been around the world and back, but she’s travelled in her mind and dreams.

Janice enjoys Zumba, Kickboxing, and most exercise classes. When she’s not pushing her physical limits, Janice spends time working on her craft, as well as lending a hand to other aspiring writers.

Be sure to sign up to the newsletter for Janice Ross and get Emma’s Snippet for FREE:
eepurl.com/bVA1sz

After the tragic years of the Civil War, Rachel Stewart and her brother Isaac decide to leave Missouri for new opportunities. Their family farm is gone and both agree a new life in the trading town of Santa Fe is what they need.
Only, when a Union officer comes into her work for a quick alteration of his Sunday clothes, she wants to learn more about him.

Captain Patrick Sinclair is leaving with his soldiers for Fort Dodge, Kansas. But when he meets Rachel, he is smitten. He tries to imagine ways to come back to Missouri and see her as he leads the men on to their new assignment.