Welcome to the Books that Need More Attention Giveaway Hop! For this hop, I’ve gathered up a whole pile of my favorite books from my favorite authors (and one of my own!). So check out all the cool books below, enter to win in the Rafflecopter, then HOP to the rest of the participating blogs!

Haven Janero is twenty-five years-old and has a bright future of becoming an FBI agent when a widespread infection sweeps the nation, reanimating victims into walking corpses with an insatiable hunger for human flesh. Her dreams crushed and her world forever changed, she struggles to keep her loved ones safe and come up with a plan of long-term survival.

Colin MacConnell, a kilt-wearing, bagpipes-playing, sword-wielding Scotsman in his early thirties, is visiting his father in the States, but quickly realizes that he may never see his homeland again when he is forced to go up against the undead. As society around them crumbles and lawlessness and chaos take over, they must fight hordes of ravenous zombies… and a dangerous enemy from the past who is hell-bent on seeking twisted vengeance.

Cast into the sea at birth, human-born Ia found her adoptive family among the merfolk. While her underwater upbringing was peaceful, Ia’s blood-heritage and the strict societal rules of the merpeople lead her to wonder of the world above the waves.

When a storm lands Ia ashore, she discovers her body has transformed into the human she would have been. Taken in as property by a callous plantation owner, Ia works alongside the slaves until she can make her way back to the water. There is nothing Ia wants more than to go home, that is, until she meets a handsome, troubled man named Matthias, who has a touch that can be as kind as his tongue is harsh.

Torn between two very different lives, Ia must choose – stay in his world and risk her life for a love untested, or return to the familiar arms of the underwater world that raised her and risk losing what may be the greatest love she will ever know.

Will Ia’s choice lead to her happiness or her destruction?

When a slave uprising threatens the life of Syreena, the daughter of an eighteenth century plantation owner, a servant uses voodoo to transform her into a mermaid. The spell will be only broken when she returns to the beach where it was cast. After three hundred years of swimming, she’s ready to trade fins for legs. The only problem is she can’t find her way home.

Dylan, a twenty-first century Coast Guard Officer, has sworn off love for the sea. When a wave throws him overboard, Syreena uses her amulet to ward off the sharks and save his life.

With Syreena and Dylan stranded on a remote cay in the Caribbean, Dylan has the know-how to build a raft and navigate but his near-drowning has made him terrified of the water. Syrenna will use every charm she has to convince Dylan to take her home.
Even if it means falling in love. . .

An Officer and a Mermaid is part of the Falling In Deep Collection. From mermaids to sirens, Miami to Athens, dark paranormal romance to contemporary stories with steam, the fifteen award-winning and best-selling authors of the “Falling in Deep Collection” are bringing you mermaid tales like you’ve never seen before.

But her studies are interrupted when she is called upon by the god Poseidon himself to investigate rumors that the world above is being polluted by the magic of creatures from another realm—and worse, that the ocean kingdom of the mer-people might be next.

When her arrival in modern-day Greece lead her to an American detective, Skyla realizes that the magical problem she’s been sent to research is bigger than she anticipated—and that one human’s kisses might be more dangerous to her, and her world, than she ever could have imagined.

Calder Brumen grew up in San Francisco, and he’s always been drawn to the ocean. He’s spent his life capturing the beauty of the Pacific on canvas. Over time, he’s grown obsessed with painting the image of a dark haired mermaid named Gaire, and Calder struggles to explain his devotion to these portraits to his best friend. When Calder finds sandy footprints leading to the edge of his bed, he suspects that the haunting siren is real.

In pursuit of the truth, Calder is dragged into a murderous, underwater plot that could destroy them all. And he must choose – is the possibility of a lifetime with Gaire worth risking death for himself and everyone he loves?

When the land becomes a desert, the water will quench your soul

Orphan Lena McMillan used to think that what she shared with Truman Kent was real. Now she sees their relationship for what it really is- controlling and abusive.

She has to choose to die slowly from ‘love’ or say goodbye to the family she’s always desired. Leaving scares her though, so much so that dying seems like her only option.

Under the layers of a lonely childhood and an adulthood romance gone wrong, a starfish holds the key to Lena’s parentage and the answer to the mesmeric ocean dreams that haunt her.

If she can find the strength to leave the only life she knows, Lena will discover the truth. And she will find a new world, one that will cleanse her of the memories of false love and abuse.

One that will finally lead her home.

Sean Flynn is a man with an appetite for fine women. This key element is his greatest downfall. Flynn has always been loved, even worshipped by women from all walks of life. He’s had his share of wealthy southern belles, princesses, a spoiled heiress, sensual intellectual types and, most recently, a powerful professional diva. Though having very little in common with these women that crave this blue collar, tattooed Irishman, Flynn’s been able to secure their affections. In many ways, he is living a life that most men would sell their souls for. But don’t be fooled. Being desired by the best of women comes at a price, especially when these women are meant to be untouchable. Of all the men in the world, only Sean Flynn has been capable of setting them straight, and laying the pipe just right.

After consistently finding himself in trouble with the law, even having served time for lack of control, Flynn looks to make a change. But since he’s already set the stage for the wrong types of relationships, how can he so easily walk away?

As Flynn continues down this self-destructive path, he finds solace in an unlikely savior: yet another woman. Judge Lauryn Lomax is thrust into his life. Though she’s attached, connected and indebted to career criminals, Lauryn refuses to give up on this man she barely knows.

Flynn has never relied on luck, in fact, it’s consistently played against his favor. But when the right woman comes along, one that is willing to brave hell for his sake even as her own life hangs in the balance, can he believe that all things are possible? 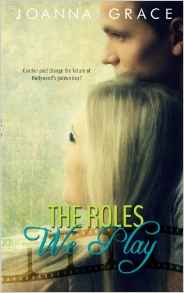 She’s a woman who values her privacy. He’s a man always in the spotlight. Can they make it work after he brings her painful past into the public eye? Kelly prefers to take the pictures, not to be in them. With her grandfather, she lives a solitary life in an isolated estate home. When her best friend wakes her up in the middle of the night asking for a favor, Kelly never dreamed it would land her face-to-face with her celebrity crush. Trevor lives his life in front of the cameras. He’s one of the top super stars of Hollywood—and he’s on the brink of a burn out. Before he takes on another film, he escapes to a secluded place to get his mind straight. He didn’t expect to have his entire way of thinking turned upside down by his lovely, yet blunt hostess. As the walls between them come down, Trevor allows Kelly to review his next project, a movie that hailed the negative side of BDSM. The subject hits far too close to home and her confession changes his perspective. Now that Trevor has seen things through Kelly’s eyes, it sets him on a new path, one he can’t reveal until the time is right. But she harbors a secret of her own. Can their love survive the truth? Or will their new roles tear them apart?