Mackenzie Duncan’s whole life is ripped from her by the teeth of a strange wolf with yellow-green eyes. Learning quickly that she now lived by the moon cycles was hard enough, but finding her heart torn between two hot Werewolves amidst the blood and violence her new life brought was almost too much to handle. When her new pack’s secrets came to light, Mackenzie’s conscious wouldn’t let her stay quiet. Follow along the amazing journey as Mackenzie fights for what her heart wants and what her kind needs. 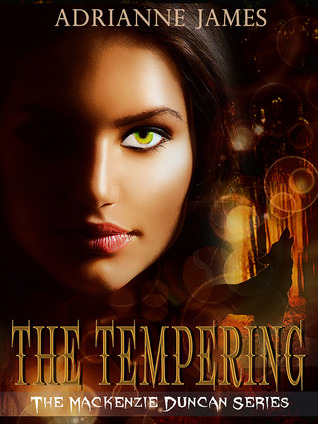 The Mythology department at prestigious Harvard University is tiny—and Mackenzie Duncan has just been selected as one of the lucky few. Her love for myths and legends is strong, but she never thought any of it could be real.

After being attacked by a large wolf while walking home alone, Mackenzie realizes something is not right. She heals quickly, is suddenly super strong, and is experiencing mood swings that can’t possibly be normal. The myths she’s studying aren’t myths at all. Werewolves are real and she’s one of them. Fear of what she is, and who she might hurt sends Mackenzie running from the life she’s worked hard to build–and straight into the arms of a handsome Were named Geoff and into the home of his pack. Living with her new pack takes the edge off her confusion and self-loathing, but the arrival of new pack members changes the dynamic, and tests Geoff and Mackenzie’s growing relationship.

The hardest part of being a werewolf is having no control and no memory of her time as a blood thirsty beast. When a moon cycle passes and she actually remembers bits and pieces of the night, she starts to ask questions, and the more questions she asks, the more she realizes she doesn’t like the answers. Can she set aside her own sense of morals to belong to a pack that is like a family or will she leave everything behind yet again in search of a life she can be proud of? 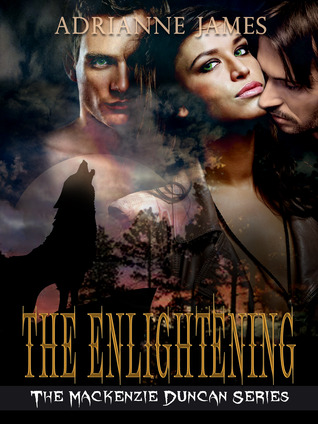 Mackenzie Duncan found out that pack life wasn’t for her. Now she is running for the second time in the six months since she was bitten and turned into a Werewolf. But this time, she isn’t alone. This time, she has Geoff and Liam with her, two very hot Werewolves vying for her heart.

But her companions aren’t her focus. The only thing she can focus on is getting far from her old pack and their murderous ways. Only, she doesn’t just want to run. She wants to warn every pack she can that their lives are in danger too. No one should be turned against their will like she was and no other pack should have to surrender to the ideas of a centuries old, power hungry woman.

Not only does Mackenzie have to deal with her crazy ex-pack leader sending people out to kill her, she has to keep both men at arm’s length (and that proves to be much more difficult than she thought), but she finds out more about her own life and heritage than she ever thought imaginable.

And suddenly, everything makes sense… 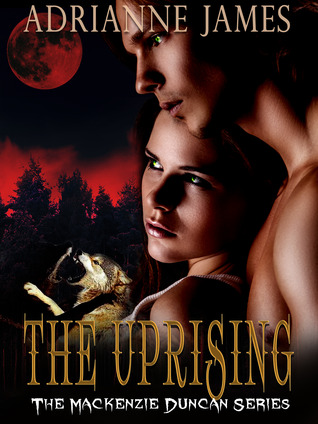 Ever since Mackenzie Duncan watched her skin knit together after being ripped apart by a blood thirsty Werewolf, her life has been anything but normal. After being part of a pack with more secrets than the FBI, Mackenzie left and tried not to look back. Her old pack leader Margaret, a Royal wolf hungry to regain the throne and rule over all the world’s Werewolves, made that impossible. Figuring out who to trust was full of heart break, but moving forward left her with a clear path ahead.

After Mackenzie found out that she, too, is part of the Royal blood line and that she had inadvertently endangered every pack she came into contact with, she feels that it is her duty to help stop Margaret at all costs before any more blood is shed or another life is lost.

Despite traveling the world with Liam, the man she loves, her life is in danger at every turn in her hunt for other Werewolves willing to stand against Margaret. Who better to fight then the blood line that shunned the role of power centuries ago?

Bloody battles surround her at every turn and when Mackenzie thinks all is lost, she has to find a way to embrace her past and accept her future.

Growing up, Adrianne couldn’t get her hands on enough books to satisfy her need for the make believe. If she finished a novel and didn’t have a new one ready and waiting for her, she began to create her own tales of magic and wonder. Now, as an adult, books s till make up majority of her free time, and now her tales get written down to be shared with the world.

During the day, Adrianne uses her camera to capture life’s stories for clients of all ages and at night, after her two children are tucked in bed; she devotes herself to her written work. Adrianne is living the life she always wanted, surrounded by art and beauty, the written word and a loving family.

Paranormal Romance is Adrianne’s most loved genre, but you will find she dabbles in contemporary stories as well. But one thing is for sure, Adrianne writes strong heroines and strong loves.