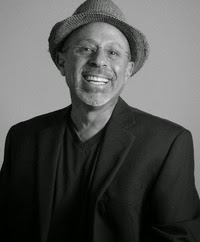 Rich Leder has been a working writer for more than two decades. His screen credits include 18 produced television films for CBS, NBC, Lifetime, and Hallmark and feature films for Paramount Pictures, Tri-Star Pictures, and Left Bank Films.

He has been the lead singer in a Detroit rock band, a restaurateur, a Little League coach, a literacy tutor, a magazine editor, a screenwriting coach, a commercial real estate agent, an indie film director, and a visiting artist for the University of North Carolina Wilmington Film Studies Department, among other things, all of which, it turns out, were grist for the mill. He resides on the North Carolina coast with his awesome wife, Lulu, and is sustained by the visits home of their three college kids.

Rich loves to hear from readers and writers. Please don’t be shy.

You can write him directly at rich@laughriotpress.com

Or you can visit him at www.laughriotpress.com/richleder

A concrete-carrying, ballroom-dancing construction mule says he fell off the scaffolding and can never work—or dance—again, and then sues the contractor for a whole lot of money.

Kate assembles the eccentric tenants of her brownstone and her histrionic acting troupe to help her crack the cases, and they stir up a whole lot of trouble.

But not as much trouble as Kate, who sticks her nose in the middle of the multi-million-dollar life-insurance scam her father was investigating and gets a whole lot of arrested for murdering a medical examiner.

Will Kate bust the insurance scam, prove who really killed the examiner—and her father—and get out of jail in time to pull off the ballroom sting of the decade? She might, but it’s going to be a whole lot of hilarious.

Meaning McCall & Company is back in business…

Meaning Kate enlists the help of the eccentric tenants of her brownstone—the House of Emotional Tics—and her melodramatic acting troupe, the Schmidt and Parker Players…

Meaning things spiral hilariously and dangerously out of control…

Meaning she is confronted by Brooke’s demonic identical twin, Bailey, accosted by international counterfeiters, and arrested for impersonating a hooker.

And will she finally find her father’s killer?

She might, but it’s going to be a fast, funny, furious ride.

My name is Mark Manilow. I am a Hollywood screenwriter. Here’s my recipe for a cocktail called “Romantic Hollywood Sex Comedy.”

Start with my estranged wife, who left me two years ago to become a juggler.

Pour in the ensuing emotional tailspin conjoined with a brutal case of writer’s block.

Blend with the gun-toting producer and eccentric Montecito billionaire, who hire me to adapt the phonebook into a movie.

Toss in the return of my headaches and a trip to an ancient Chinese healer, where I meet the healer’s beguiling granddaughter—my monkey wrench.

My parents stood by the front of the stage, staring at the glowing songwriter with wonder and awe. They weren’t as used to seeing famous people as we all were.

Once you’ve seen George Hamilton buy apples at Gelson’s, looking tan and fit for someone one-hundred-sixteen-years-old, the thrill dissipates to some degree. But this wasn’t just some run-of-the-mill famous person. It wasn’t Heather Locklear or David Spade. It was a glowing global legend. My mother was grasping my father’s arm with a superhuman adrenaline rush of strength normally reserved for women whose small children are trapped beneath parked cars. I thought to intercede on their behalf and escort them over to meet the man in the flesh, but as thin as Barry was, I was afraid my mother might break him in half.

Ally Kramer’s interest appeared to peak now that Barry was here. I imagined calculators clicking furiously in her head. If Barry Manilow was doing the music, she could raise the budget by twenty million. Think of the soundtrack album! Think of the international appeal! Talk about reaching the cabaret demographic! Why make a movie for one hundred seventy-five million when you can make one for two hundred million? I saw her nodding with approval and whispering into Cathy’s ear.

Behind me, Royal T and Boogie had sprung into action. Boogie had created a mellow blue hue around Barry’s table, dimming the lights elsewhere in the church while throwing three azure pin spots on Barry himself. It was a remarkable effect and I thought if Boogie is this good on the fly, the staged reading should really be something special. To complement the lighting, Royal T had cross-faded Ry Cooder’s Buena Vista Social Club with Barry’s Trying to Get the Feeling, and the whole room had a sunset on the beach kind of vibe that was warm and electric at the same time.

And then the door opened again and Dr. Alvin Yee, wearing a purple tuxedo and tails, a purple top hat, and purple Puma Clydes stepped into the church with Caroline on his arm, and everything stopped.

Yee’s long white beard was done in three separate French braids, as was his hair, which spilled out of the top hat and reached all the way down his back. Caroline was a vision of loveliness in a beautiful blue evening gown, her skin perfectly porcelain, her hair a glossy shimmering black.

For all the money and time and blood and sweat spent trying to catch lightning in a bottle, the truth is not much magic is found here in Hollywood. It’s a town of smoke and mirrors and gummed up gears. So when genuine magic walks through the door—say, dressed in purple from head to toe—legends and losers and icons and idiots alike stop and stare, not exactly recognizing it as magic per se, but sensing an unusual wave in the groomed LA sand.

Boogie dimmed the blue lights on Barry and wrapped a soft white curtain around Dr. Yee and his granddaughter. Royal T, who no doubt had some magic in his Watusi history, cross-faded to Hendrix’ Are you Experienced? but kept the volume low. Everyone looked at the wizard as if waiting for a signal that all was well with the world.

Dr. Yee stood there for a long moment, letting the vibe wash over him, then held up the peace sign. An audible sigh of relief, or possibly a gasp of wonderment, echoed through the space, Boogie brought up the blue light, Royal T came back with Barry’s Even Now, and Yee and Caroline walked into the room. I met them at a table just beside the Colonel’s raised La-Z-Boy platform.

“You look beautiful,” I said to Caroline, who smiled and hugged me hello. “Tell your grandfather I’m glad he came.”

Caroline translated, and Yee said something in Chinese.

“He says he never misses a coming-out party,” Caroline said.

“Tell him I don’t understand what he means,” I said.

She did, and he smiled, singing his answer.

Before I could press him on this surprise coming-out-party business, Colonel Bill Curry strode onto the stage with all the confidence of a madman who has found a way to bend reality to his will instead of vice versa.

“Ladies and gentlemen. You are humbly invited to take your seats,” he said.

September 15 – Interviewed at A. Literary Mafia

September 19 – Interviewed at Bikers With Books

September 26 – 5 Things I Know For Sure at CAT Magazine