The world ended. They didn’t. And now they’re in a fight for their lives.

Years ago, the elite of Earth escaped the apocalypse, taking to the stars, expecting everyone left behind to perish in nuclear war and its aftermath.

Instead, those who survived developed new abilities—especially the shifters and their pack-bonded mates, who communicate telepathically with the help of gold. Unfortunately for them, Earth’s colonies still need the precious metal for their own communications devices.

When pack-leader Alia’s mate is taken by a raiding ship searching for gold, she vows to get him back no matter what it takes. Even if that means teaming up with another pack—the one that was once her pack’s greatest rival.

Get ALL THAT GLITTERS today and fall in love with this reverse harem post-apocalyptic paranormal romance! 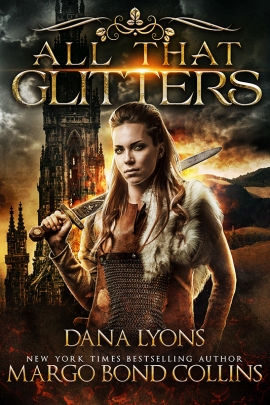 Zina, with Alia at her side and their men close behind, climbed through the arched opening into the rubble filled lobby of The Federal Reserve Building of New York.

In the post-apocalyptic ruins of New York City, the lobby was astonishingly intact.

“Amazing,” Alia said, stepping down into the pristine first floor of the Fed. Their men slipped through the arch and made their way in.

Zina’s heart pounded with excitement. Her mouth was dry. Her palms, though, sweated, and she wiped them on her pants.