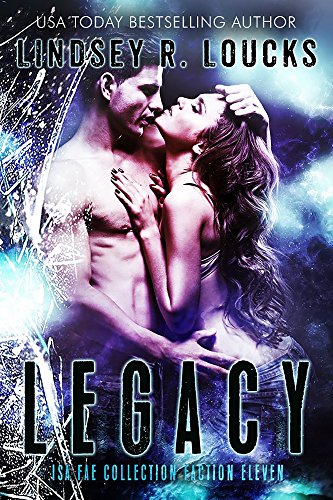 Finding him was easy. Figuring him out is the hard part.

Only one thing could make nineteen-year-old Hadley Hawthorn leave her house for the first time in two years—revenge. The Isa fae murdered her entire family, so the promise of ending their control over witches like Hadley is too sweet to resist.

All she needs to do is find Kason Fields, a human who’s supposedly the key to ending Isa fae power. Hadley’s hacking skills and her patience level of zero make that part simple. But when she inadvertently leads the Isa fae straight to Kason’s doorstep, things get complicated. Now, it’s up to her to keep them both two steps ahead of the murderous fae.

But staying close to the secretive Kason unfurls something even stronger than Hadley’s need for revenge—hope. When the Isa fae close in, though, hope may not be enough to keep them both alive.

Get your copy now:  Amazon

When Hadley Hawthorn heads out into the ice and snow in search of revenge, she has no idea she might just find hope instead. Tortured by her past and convinced she has no future, Hadley still can’t help but be drawn to the possibilities for life that she glimpses when she meets Kason Fields.

Lindsey Loucks’ LEGACY is everything I love in a fantasy romance. The heroine is smart and snarky, but vulnerable nonetheless. The hero is handsome and brooding, but tender, too. Add in some evil fae hunting them both, and the result is a wild ride as these two go careening through their frozen world, sparking change wherever they land–as well as lighting a fire between the two of them that could melt an icecap.