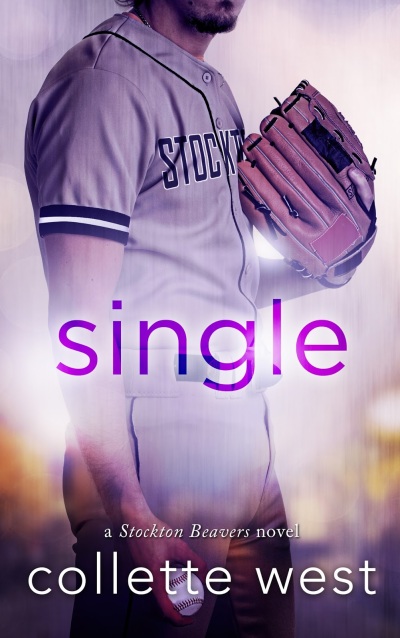 Underdog Luke “Single” Singleton is yearning to make a comeback. After getting hit in the neck with a pitch—an injury that nearly cost him his life—he has one last chance to play for his hometown team, the Stockton Beavers. But his mom has Alzheimer’s, and he’s all she has to depend on. How can he pursue his career, much less someone special?

Personal care aide Roberta Bennett is done dating baseball players. Having had her share of heartbreak, she heads to Stockton hoping for a fresh start. But after she finds Luke’s mom outside, lost, and alone, she can’t refuse when he hires her on the spot. Unbeknownst to Luke, Roberta is all too familiar with the violent tendencies of the pitcher who hit him.

Now that they’re living under the same roof, the last thing either of them is looking for is a relationship. But it’s not long before they find themselves drawn to each other. And right when Luke is thinking about finally making a change to his single status, a secret from Roberta’s past emerges with the power to tear them apart. 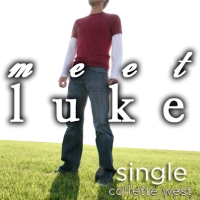 I try not to stare, but from behind, I can’t help but admire how her tiny waist comes in over her hips. Her body’s supple, strong. There’s nothing delicate about her. The corner of my mouth turns up. She could probably kick my ass, and I don’t know why, but I like that.
She tosses me an annoyed glance over her shoulder. “Quit it.”
“What?”
“Haven’t you ogled my butt enough for one day?”
My cheeks burn again. So she did catch me checking her out on the field. Crap.
She lifts my arm and bends it at the elbow. It would have to be the arm, the one I couldn’t move after David Nichols hit me in the neck with the ball. At first, the docs didn’t know if I was partially paralyzed or not. Let’s just say it was a scary four and a half days before I finally detected any sign of feeling in it.
I gaze up at her. But does she know that?
—————————————————————————————————-
About the Author 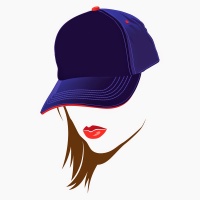 Collette West grew up as somewhat of a jock-nerd hybrid. Entering the world three weeks premature, her dad nearly missed her birth because he had seats behind the dugout for a sold-out, highly-anticipated match-up between two of baseball’s biggest rivals. Not to be outdone, her book-loving mom taught her how to read by the time she was three. A love of the game coupled with an appreciation for the written word were instilled in Collette’s impressionable brain from a young age. No wonder her characters believe in the philosophy: sports + romance = a little slice of heaven.
Splitting her time between the Pocono Mountains and Manhattan, Collette indulges her inner fangirl by going to as many games as she can from hockey to baseball and downloading every sports romance novel in existence onto her iPad. When she’s not clicking away on her laptop, she enjoys walking her dog in Central Park, satisfying her caffeine craving at the Starbucks on Broadway and keeping an eye out for Mr. Right. But above all, she loves dishing with her readers. Email her at collette_west@yahoo.com.
She is the author of NIGHT GAMES, GAME CHANGER and GAME ON.
Facebook | Twitter | Goodreads | Newsletter sign-up
Amazon | Purchase official New York Kings Fan Gear
—————————————————————————————————-
Giveaway