Hello, and thank you so much for inviting me to you blog today to celebrate the release of my new YA LGBTQ Edgy Contemporary Romance, Clean.

Readers have said that Inclination changed their lives, as they never thought of gay Christianity in the way I suggested in the book. I have been told that somewhere inside me is the heart of a teenage boy, which felt like a high compliment.

I am a full-time author, which means that I spend probably 50+ hours each week writing—but I might be writing blog posts, interviews, promos on Facebook, or my novels. A lot of writing goes with being an author that has nothing to do with literature! I think if I didn’t have family obligations, I’d write and sleep, maybe eat a little something with my coffee, and then write and sleep some more.

I think I was interested in portraying a journey that some teens take—a  road to disaster because they think they are taking the easy way out, and more importantly, how they find the road back out of the pit they landed in. Teens do a lot of incomprehensible and irresponsible things. Abusing drugs and alcohol, included. But I am interested in showing readers that even if you make very poor choices, with some hard work, you can change your life for the better. There is hope.

Absolutely, the most difficult and terrifying aspect of my job as an author is using technology effectively and conquering social media, neither of which I have done. 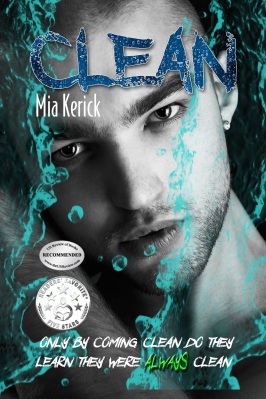 Release Date: December 1st 2015
Young Dudes Publishing
Summary from Goodreads:
High school senior Lanny Keating has it all. A three-sport athlete at Lauserville High School looking at a college football scholarship, with a supportive family, stellar grades, boy band good looks… until the fateful day when it all falls apart.
Seventeen-year-old Trevor Ladd has always been a publicly declared zero and the high school badboy. Abandoned by his mother and sexually abused by his legal guardian, Trevor sets his sights on mere survival.
Lanny seeks out Trevor’s companionship to avoid his shattered home life. Unwilling to share their personal experiences of pain, the boys explore ways to escape, leading them into sexual experimentation, and the abuse of illegal drugs and alcohol. Their mutual suffering creates a lasting bond of friendship and love.
When the time finally comes to get clean and sober, or flunk out of high school, only one of the boys will graduate, while the other spirals downward into addiction.
Will Lanny and Trevor find the strength to battle their demons of mind-altering substances as well as emotional vulnerability?
Clean takes the reader on a gritty trip into the real and raw world of teenage substance abuse.

About the Author
Mia Kerick is the mother of four exceptional children—all named after saints—and five nonpedigreed cats—all named after the next best thing to saints, Boston Red Sox players. Her husband of twenty years has been told by many that he has the patience of Job, but don’t ask Mia about that, as it is a sensitive subject.Mia focuses her stories on the emotional growth of troubled men and their relationships, and she believes that sex has a place in a love story, but not until it is firmly established as a love story. As a teen, Mia filled spiral-bound notebooks with romantic tales of tortured heroes (most of whom happened to strongly resemble lead vocalists of 1980s big-hair bands) and stuffed them under her mattress for safekeeping. She is thankful to Dreamspinner Press for providing her with an alternate place to stash her stories.Mia is proud of her involvement with the Human Rights Campaign and cheers for each and every victory made in the name of marital equality. Her only major regret: never having taken typing or computer class in school, destining her to a life consumed with two-fingered pecking and constant prayer to the Gods of Technology.Contact Mia at miakerick@gmail.com.
Author Links:

One comment on “Interview with Mia Kerick, Author of Clean”