On a bright July morning in 1948, a B-29 Superfortress flying a top-secret research mission over Nevada crashes into the calm waters of Lake Mead and sinks, remaining lost for half a century.

It has been nearly a year since five friends – Jag, Kody, Mariah, Tegan and Aari – mysteriously reappeared in a small town in Yukon several weeks after their small plane went down in Northern Canada. All were found in good health but with no recollection of what happened to them after the crash.

A baffling contagion is spreading across the bread-basket of North America destroying vital crops. As this dark shadow marches across the globe, widespread famine and riots bring desperate nations to the brink of war.
These seemingly unrelated events set the stage for a battle between the forces of darkness and those destined to become the ‘bearers of light’. From ravaged fields in the Great Plains to clandestine installations around the world, the Aegis League must race against time to save humanity. 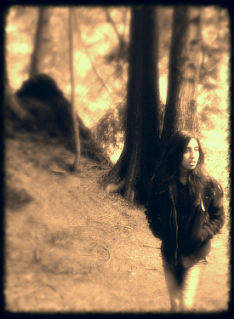 An avid reader since early childhood, S.S.Segran had written many short stories before embarking on ‘AEGIS RISING’, the first book in the Aegis League Series. In crafting the premise for the novel she drew from the captivating imagery of the Pacific Northwest, the intriguing wonders of nature and the amazing potential of the human mind. She enjoys drawing and horseback riding. S.S.Segran is a proud member of the Royal Canadian Air Cadets in British Columbia. She is an ardent fan of parkour and freerunning.

S.S.Segran is also the founder of Aegis League, a non-profit organization whose goal is to support youths living in places and conditions that deny them opportunities to grow. The mission of the organization is to provide resources that help these youths explore their potential. This includes life-skills training and micro-loan funding to help them launch small businesses in the communities where they reside. For more information please visitwww.aegisleague.org