by Jaci Wheeler
Release Date: January 19th 2015
Limitless Publishing
Summary from Goodreads:
United America runs like a machine. Everyone has a job and a purpose to make the country run smooth and efficiently. Nothing is left up to chance. The people are under constant monitoring for the good of the Country. After careful consideration every citizen is given their career at the age of sixteen. “Rosaline, come now!” ordered President Vaughn. Sixteen-year-old Rosaline Thatcher got up from her seat among her classmates and walked toward the stage. The sound of her blood pumping resounded deeply in her ears and, perhaps for the first time in her life, a reminder to breathe was necessary. All eyes were on her. She knew this day was coming, the day when she would be asked to serve her country in the career path chosen for her, but as she moved closer to the stage with President Vaughn and further away from her parents and dearest friends, she wondered why she was being singled out. What future lies ahead for Rosaline? In a country where citizens blindly follow the rules, what will happen when one girl dares to defy them, and what does that mean for United America? 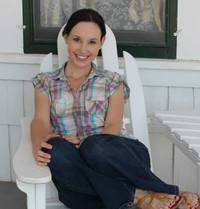