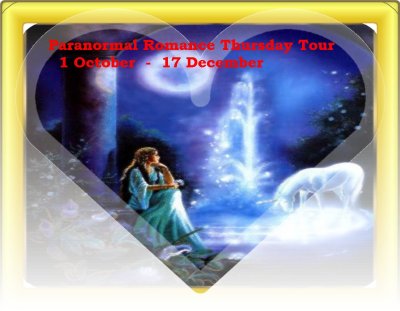 Welcome to the Paranormal Romance Thursdays Tour! Over 12 weeks, we’re featuring some great paranormal romance authors and their books. Check out the preview of the tour and the excerpt from Carmen Stefanescu’s novel below, then scroll to the bottom of the post to visit all the other participating authors!

Shadows of the Past 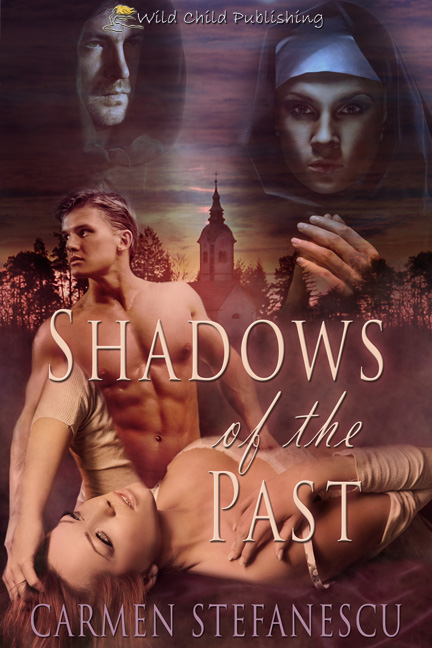 Anne’s relationship with her boyfriend Neil has disintegrated. After a two-year separation, they pack for a week vacation in hopes of reconciling. But fate has other plans for them.

The discovery of a bejeweled cross and ancient human bones opens a door to a new and frightening world–one where the ghost of a medieval nun named Genevieve will not let Anne rest. This new world threatens not only to ruin Anne and Neil’s vacation but to end all hopes of reconciliation as Anne feels compelled to help free Genevieve’s soul from its torment.

Can Anne save her relationship and help Genevieve find her eternal rest?

A touching, compelling story of tragedy, loss and the power of endless love and good magic.

The twists and turns in this paranormal tale keep the reader guessing up to the end and weave themselves together into a quest to rekindle love.

The peal of the church bells from the abbey tower startled Genevieve. The sound added to her mounting anxiety.

The massive abbey loomed over the stone paved path.  All the nuns were at evening mass.  With a bit of luck her disappearance would go unnoticed for a few more hours. The Abbess would assume she was cleaning the toilets as ordered.

Fear skittered through Genevieve when she turned away from the abbey towards the path leading to town. Nothing stirred.  She hesitated.  Evil emanated from the forest surrounding the abbey. With a shiver, she leaned against the solid oak gates that flanked the abbey’s main path. They had hidden her from detection for the past couple of hours, but how much longer would she be safe?

She moved her weight from one leg to the other. They ached from so much standing, but she lacked the strength to return to the gardener’s cottage and wait for Andrew’s arrival as planned. Genevieve closed her tired eyes. The image of old Ryan, slumped dead in his chair in his cubicle, caught life in her mind and made her whole body ripple with fear.

She’d rather wait for Andrew here, outside.

Had he forgotten his promise? What if something terrible befell him during the last three days, or he had changed his mind? Why should he risk all for an ordinary nun?

Had his folks talked him into giving her up, made him see reason? Helping her out of her predicament meant a huge risk for him — losing his family, his friends and his position among his peers. His words echoed in her mind. “I will risk everything for you, even life, if necessary.”

“Anne, Anne, wake up. Wake up, please,” the insistent voice whispered next to her ear.  The touch of a hand, on her shoulder, startled Anne.

She opened her eyes, still half between sleep and reality. Her gaze stopped on a stranger, a woman, by her side.

The moon’s pale face, the only light, filtered through a small gap in the tent’s entrance; yet the stranger’s whole body emanated a kind of soft ray, a yellowish halo making her figure and face easy to discern.

A long, dark robe, similar to those worn by nuns in monasteries centuries ago, covered her body. No traditional headdress covered the woman’s red hair, which fell loosely over her shoulders in long, heavy tendrils and continued down her chest and back.

Anne stood up and studied the intruder with open curiosity. The stranger’s wax pale face looked corpse like. Anne opened her mouth to ask her who she was. She looked Anne straight in the eyes, placed her forefinger on her lips and whispered, “Hush, come. Follow me.”

The woman, moving away from the sleeping bag, appeared to glide above the ground. Her bare feet didn’t make a sound.

As if hypnotized, Anne followed the illuminated silhouette heading into the forest, without questioning her own actions.

An onrush of sensations unfamiliar to her followed. Dizziness and a malevolent feeling of unreality suffocated her. The presence of evil, creeping up and enveloping her, became almost palpable. Her throat turned dry, and she gasped for air.

You can find more about the author and her works here:

Be sure to stop by and check them all out!

2 comments on “Paranormal Romance Thursday Tour: Shadows of the Past, by Carmen Stefanescu”