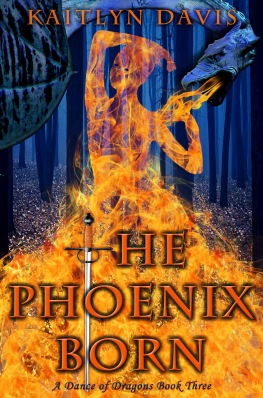 Summary from Goodreads:
From bestselling author Kaitlyn Davis comes the final book in the thrilling A Dance of Dragons series—perfect for fans of Throne of Glass, Graceling, and Game of Thrones!
For the first time in a thousand years, the fire dragon has been awakened and Rhen is its rider. But after destroying the armies that threatened the city of Rayfort, Rhen is shown a vision in flames that changes everything. The shadow’s phantom armies are coming and the dragons are the only things that might stop them.
High in the castle at the top of the Gates, Jinji has learned something of her own. Janu, her long lost twin, is alive. And just as the spirit shares her body, the shadow shares his. In the blink of an eye, her quest for vengeance against the evil that killed her family has changed to one of protection. Because she knows that if Rhen learns the truth he will do what she cannot—end the shadow, and end her brother in the process.
As the shadow grows more aggressive, Jinji and Rhen fight to find the rest of the dragon riders. But with time running out, they are forced to face the impossible decision between honor and love. Alliances are formed, promises are broken, and the fate of the world hangs in the balance…

Jinji stopped him by grabbing his cheeks and pulling his face against hers, kissing him urgently. Rhen tried to pull away, to understand why she wasn’t thrilled by the news, but her hands traveled to the back of his neck, grip tight, and he couldn’t break her hold. Her lips moved fast against his, pleading with him silently. Everything about her was desperately trying to hold on to the moment, to stop time, as though she were drowning and the air from his lungs was the only thing that might save her, as though he were her tether to life.

Rhen wanted to give in. More than anything, he wanted to melt beneath her touch and forget the world, to kiss her until the sun rose the next morning, and even then maybe not stop. He could so easily get lost in the fire of her touch, the silkiness of her skin.

But he couldn’t let himself.

The woman he loved was in pain.

Her kiss wasn’t full of passion. It was full of dread. Rhen sensed the dark taste on his tongue.

“Jin,” he mumbled against her lips.

But she didn’t stop.

Rhen reached back, unlatching her fingers, pulling her forcibly away from him, finding her eyes. “Jin?”

And with that word, she couldn’t avoid what was in her heart any longer. A tear rolled down her cheek, and she gave in, collapsing against him as her body racked with sobs. The moans came from a dark place within her, ripping their way up her throat, making him wince at the sound.

He wanted to force her to explain, to let him in, to tell him what had her so distraught.

He just held her, kissing her forehead and rubbing her back. Not questioning. Not demanding. There would be time for answers later. Right now, Jinji needed a shoulder to cry on and nothing more. He gave that to her, embracing her until sleep claimed them both. 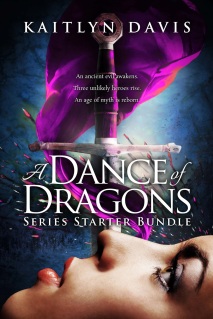 An ancient evil awakens.
Three unlikely heroes rise.
An age of myth is reborn.
Try the A DANCE OF DRAGONS Series Starter Bundle today! This bundle includes the prequel novella, The Golden Cage, as well as the first full-length novel, The Shadow Soul.
RAVE REVIEWS for The A Dance of Dragons Series!
“Gorgeous writing (spellbinding is a word that fits well here), creative and unique world and characters that steal your heart away, this is an unbelievably fantastic beginning to what is sure to be a new favorite series. I’m so eager for more!” – Candace’s Book Blog
“The writing is flawless. The story and plot line, and plot twists, had me captivated and enamored for the first words. I couldn’t put this book down for anything, and I absolutely cannot wait for book two…It’s an amazing start to a new series that is going to have people of all ages wanting so much more.” – Happy Tails and Tales
“One word to describe this book: intense! Everything from the battles, to the secrets, to the descriptions of the characters and scenery, are all incredibly intense. This book had me biting my nails, stomach tided in knots, and completely entranced til the last word.” – Desert Rose Reviews
“Mind. BLOWN. Do you know that one book that made you love a certain genre again because it was so amazingly & beautifully written?? Well, The Golden Cage is the book that made me realize how good Fantasy can be.” – Spiced Latte Reads
“The Shadow Soul was positively transportive, left me feeling refreshed, and renewed my faith in symbolism, imagery, and the importance of world building and cultural preservation…If you want to set out on a journey, read this.” – We Do Write
Download Links (FREE):
Amazon│Barnes & Noble│Kobo│Smashwords│iBooks│Google Play

About the Author
Bestselling author Kaitlyn Davis writes young adult fantasy novels under the name Kaitlyn Davis and contemporary romance novels under the name Kay Marie.
Always blessed with an overactive imagination, Kaitlyn has been writing ever since she picked up her first crayon and is overjoyed to share her work with the world. When she’s not daydreaming, typing stories, or getting lost in fictional worlds, Kaitlyn can be found indulging in some puppy videos, watching a little too much television, or spending time with her family. If you have any questions for her–about her books, about scheduling an event, or just in general–you may contact her at: KaitlynDavisBooks@gmail.com

To stay up-to-date with all of Kaitlyn’s new releases, sign up for her new release newsletter here: TinyLetter.com/KaitlynDavisBooks

2 comments on “Spotlight On: The Phoenix Born (A Dance of Dragons #3) by Kaitlyn Davis”