Who will win Nyna’s heart? The sexy dragon shifter who’s watched over her or the best friend who Nyna thought had abandoned her? Find out in this sexy menage from fan favorite, Lia Davis.

After years of burying a secret, and her love, Kara returns to Woodland Creek to confront her past and to hopefully win her former BFF back…both as a friend and hopefully more. But, upon return, Kara finds that Nyna is being pursued by another suitor. Is there room enough in Nyna’s heart for both? Find out in DRAGON’S WEB! 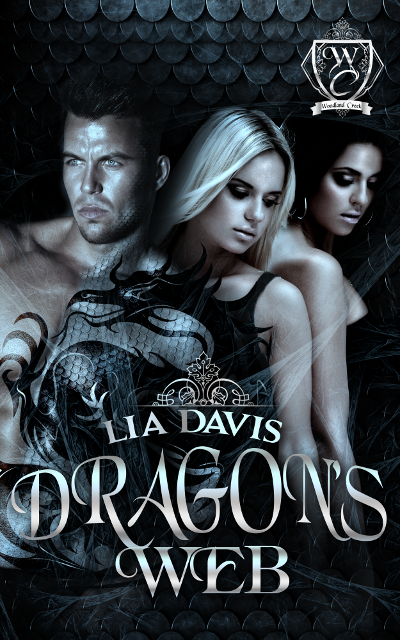 Established author and black dragon shifter, Cayden Rienhardt, has watched over the beautiful and very human, Nyna Carter, most of her life. But he never entertained the idea of more until recently. When an ex-lover from Nyna’s past comes back to Woodland Creek and makes it clear she plans to spend her life with Nyna, Cayden’s dragon forces him to break his silence and make a move to cast his magical web. But he could get more than he ever bargained for in the process.

Eighteen months ago, lone cat shifter Kara Mitchell inadvertently witnessed the murder of her best friend’s parents. When she fled the scene to contact the police, she was captured and held prisoner, forcing her to leave Nyna and her life behind with no explanation. Now that she’s escaped her captors, she returns to Woodland Creek to help Nyna find closure and stop the murderer, but things aren’t as she remembered. Not only is there a rift between her and Nyna, there’s a very sexy dragon shifter complicating matters.

Stuck in a web of lies, scandal, and a tantalizing love triangle, Nyna isn’t sure whom to trust. Her heart wants both Kara and Cayden, but they each have secrets. When Kara reveals that someone close to Nyna is responsible for her parents’ murders, her love life becomes secondary to the investigation. She is determined to find out the truth. Even if it means that her life will change forever. 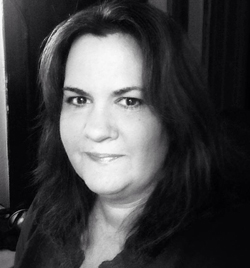 In 2008, Lia Davis ventured into the world of writing and publishing and never looked back. She has published more than twenty books, including the bestselling A Tiger’s Claim, book one in her fan favorite Ashwood Falls series. Her novels feature compassionate yet strong alpha heroes who know how to please their women and her leading ladies are each strong in their own way. No matter what obstacle she throws at them, they come out better in the end.

While writing was initially a way escape from real world drama, Lia now makes her living creating worlds filled with magic, mystery, romance, and adventure so that others can leave real life behind for a few hours at a time.

Lia’s favorite things are spending time with family, traveling, reading, writing, chocolate, coffee, nature and hanging out with her kitties. . She and her family live in Northeast Florida battling hurricanes and very humid summers, but it’s her home and she loves it! Sign up for her newsletter, become a member of her fan club, and follow her on Twitter  @NovelsByLia.

2 comments on “Spotlight On: Dragon’s Web, by Lia Davis”