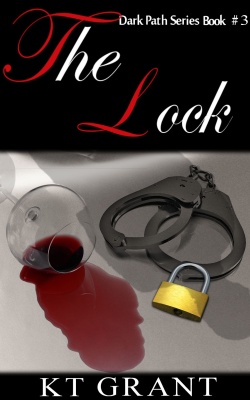 The dark path continues for Erika and Max as secrets unfold and threaten to destroy all they hold dear…
Erika Walsh’s every dream has come true. She’s received both critical and public acclaim for her best-selling erotic romance, and has chosen the magnetic millionaire and BDSM club owner Maxwell Crawford as the keeper of her heart. Although, her former crush Chris Milton still refuses to accept her decision. As she plans her wedding to Max, she’s confronted with his past and the many secrets he’s kept under lock and key –for good reason.
When Max’s older brother, Daniel, a big Hollywood producer falls ill, Erika and Max rush to Los Angeles to help him recover. Max is shocked to find Daniel has become the victim of a blackmailer who seeks revenge against the brothers. Max must confront the loathsome Abraham Rovner, a former classmate from high school, who has never forgiven him for breaking off their relationship.
Abraham brings out Max’s lurking deviant nature, which sends him to a dark place in his mind. Erika must find the strength to help her lover purge his demons, even though it may come at a major cost for them both.
Releasing December 14th, 2015!!
Book 1  –  The Gate

Erika Walsh has carried a torch for Christopher Milton, heir to her father’s publishing empire for years. After one steamy make out session she begins to wonder if it might develop into something more. But when M. L. Crawford, better known as Max, her father’s publishing rival, seeks her out at a society event, she’s drawn to his magnetic charisma and powerful demeanor. Their verbal bantering and innuendo laced overtones stir feelings she never knew existed, and soon Erika is consumed with knowing the real man under Max’s restrained public façade.

Erika’s sweet nature and naivety excites Max to near madness. He wants to train her in the art of seduction and make her succumb to his every wish and command…as his perfect submissive. Yet, Christopher is determined to keep Erika from becoming the latest victim of Max’s sinister sexual hungers. He knows all too well what Max hides in his black soul and will stop at nothing to reveal all of Max’s secrets in order to protect the one thing he holds dear above all else- Erika.

Max’s dark desires scare yet arouse Erika, as he opens her eyes to a new bold world full of passion and ecstasy she never imagined until him. But the biggest question remains: Is Erika’s craving for Max just an illusion that transpires behind the walls of The Gate?

The seductive world of The Gate continues with The Key…

With Erika back in Manhattan, both Chris and Max try to seduce her in the hopes she’ll choose one of them. As both men battle for her heart, a woman from Max’s past reappears, bent on revenge. Chris will ruin Max anyway he can in order to make Erika his own. However, Max has something up his sleeve to insure he’s the victor, but not without a price—Erika’s soul.

Can Erika choose between a man who seeks to possess and a man who can’t live without her?

About the Author:
KT Grant is a self-proclaimed eccentric redhead who not only loves to read a wide variety of romances, but also loves writing it. Under her alter-ego, she is a well-known book blogger who doesn’t shy away from voicing her opinion. A proud native of New Jersey, KT is multi-published and writes Gay, Lesbian and Straight romance. KT has been a top ten best-selling author at Amazon, as well as being a multiple All Romance Ebooks best seller and a Night Owl Reviews Top Author Pick. KT is also About.com’s Romance Novel Expert and Columnist.
KT loves to hear from readers. You can drop KT an email at ktgrnt@gmail.com.
You can also find KT at these fun places:
Blog: Babbling About Books, and More!
Twitter: @Katiebabs
Facebook
Goodreads
Tumblr
Pinterest