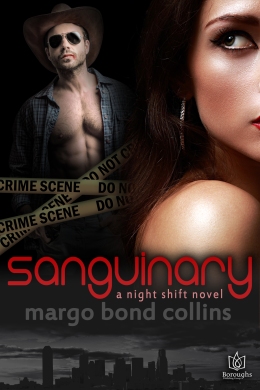 “Are you looking, Garrett?” the small one asked.

“Maybe.” He smiled at her, his voice playful. My stomach curdled at the intimacy I heard there—and at the realization that my partner hadn’t fully briefed me on what to expect tonight.

“Your friend doesn’t like it when you flirt,” the taller one said.

I glared at her. Vampires should not know more about me than I do.

“I’ll have to see that she gets over it,” a voice drawled from behind me. I whipped my head around in time to see a man standing up from a barstool behind me. I hadn’t even noticed he was there.

God knows how I could have missed him.

He wore jeans and a dark blue button-down shirt. He had on dark brown cowboy boots, and as he turned away from the bar, he picked up a black felt cowboy hat from the seat next to him, placing it on his head. On anyone else, I might have assumed that the hats and boots were an affectation. On him, they looked perfect. He was utterly beautiful, with bright green eyes and dark hair that curled down to barely brush the back of his collar.

I am undercover, I reminded myself sternly. Here to do a job.

When Garrett caught my gaze in his, flicking his glance toward the cowboy vamp, it was all I could do to keep from sighing aloud.

Would it have killed my partner to be a little more descriptive when he briefed me?

Of course that was the vampire cowboy I had to get close to tonight.

No making eyes at the informants, Cami.

But damn, he was hot.

“Nice scars.” His gaze skimmed along my bared shoulder.

“Thanks,” I said, almost breathless.

And I am absolutely not attracted to vampires.

I could keep telling myself that. 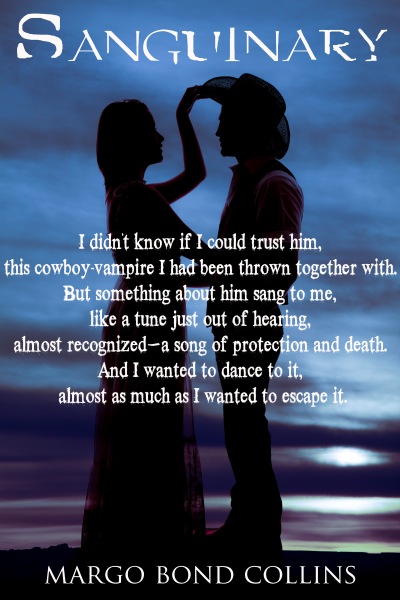 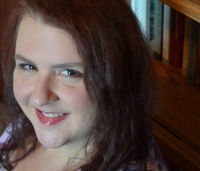 Margo Bond Collins writes urban fantasy, contemporary romance, and paranormal mysteries. She lives in Texas with her daughter and several spoiled pets. Although writing fiction is her first love, she also teaches college-level English courses online. She enjoys reading romance and paranormal fiction of any genre and spends most of her free time daydreaming about heroes, monsters, cowboys, and villains, and the strong women who love them—and sometimes fight them.