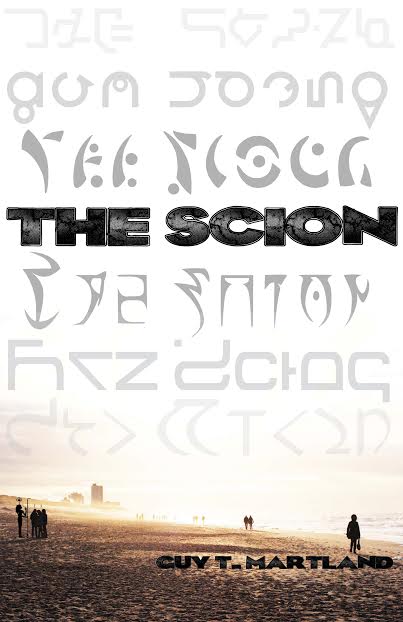 The Scion by Guy T Martland

The aliens from your nightmares are coming. The colonies of Earth are next. And it looks like nothing can stop them.

A blue star, a dying friend, a kidnap and the dusty contents of an old room: Septimus Esterhazy’s life is about to change. As he blows cobwebs from the manual of an old spacecraft, hidden for decades, a Pandora’s box creaks open.

The self-proclaimed ‘Protectors of the Known Universe’, the Sassrit, are trying to do everything they can to thwart a Wraith attack.  But time is running out and resources are stretched.

A Sassrit agent, one of the shapeshifting Jarthiala, is recruited to help. The path he follows leads to the doorstep of a planet called D, an Earth colony, above which a blue star hangs, its light reflected in the eyes of Septimus below.

This is a journey which will change Septimus Esterhazy forever. It will make him question his nature.  He will uncover secrets about his family that have lain dormant for years.  And it will test the loyalty of those closest to him.

But first he has to watch his best friend die.

The Scion by Guy T Martland is available on Amazon:

More about the author: