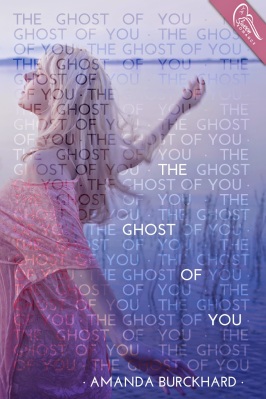 The Ghost of You
by Amanda Burckhard
Release Date: 02/24/15
Swoon Romance
Summary from Goodreads:
Emmy has everything she’s ever wanted: a hot boyfriend she adores, great friends, a promising future, and even a well-connected family. But one night rips it all away.
A car accident shatters her world, claiming the lives of her twin brother and her best friend. In the wake of the accident, her friends drift away, her family falls apart, and her boyfriend cheats.
The grief is more than she can handle, so she finds escape at the bottom of a bottle of painkillers. Taking the pills makes her brother alive again, if only in her head. Seeing and talking to her brother as if he were still alive is the only thing that keeps her going. Until Logan King moves to town.Logan sees past the mask of pristine popularity she wears in public and he’s the only one who can tell she hasn’t moved on. His uncanny ability to read her forces her to open up and she starts to fall for him, no matter how unwilling she is to admit it. But Emmy isn’t the only one keeping secrets and when a close brush with death sparks events that bring everything to light, Emmy will have to decide what’s more important: learning how to forgive and move on, or holding onto the pills and the ghost of her past.

I darted my way around a few chattering and dancing people. If there was one rule I lived by with my best friend, it was friends don’t let friends get hammered and make out with their exes.

When I reached them, I slid my arm under hers and pulled them apart. “Come on, Skye. Time to go home.” She didn’t put up a fight as I dragged her away. She only giggled in a way I knew meant she had one too many shots of that vodka I saw her carrying around earlier.

We stepped outside into the summer night air and waited for Zane to pull his car around. We sat on the bottom step of the porch, and Skye started to fall asleep on my shoulder. Sleep sounded nice. “My stomach hurts,” she whined into my hair.

That last shot had settled, and mine wasn’t feeling the greatest either. “We’ll get you some ginger ale at Zane’s. You can nap in the car until then.” I pulled out my phone to text Derek. It was hard to focus on the screen.

Me: Stayinf at Zane’s. You grood to get ho

Mid text, Skye knelt over and heaved. I set my phone down and pulled back her hair just in time. Zane pulled up and came around to us. “Get it all out now because if you puke in my car you’re walking home.”

After a minute or two, she assured us she was fine so we helped her into the back seat and sped off toward town. The open window sent warm air swirling around us like a blanket fresh out of the dryer. The forest smelled of fresh dew and sunshine, even though the sun had set a few hours ago. Soon it would start to smell of decay and changing leaves.

Zane grabbed my hand with the hand that wasn’t on the steering wheel and interlaced our fingers. “We still all crashing at my place?”

I squeezed his hand, smiling. “Skye’s mom thinks she’s at my place. My mom thinks I’m at hers. You know the drill.” Zane’s dad traveled a lot with work so his house was almost always empty on weekends. Something we often took advantage of.

Fifteen minutes later, Skye was passed out in the guest bed and Zane was half carrying, half dragging, me into his room. His lips found my ear lobe, softly caressing the edge with his tongue. My entire body tingled. “We shouldn’t. Skye’s right down the hall,” I breathed.

He moved his lips down to the skin above my collar bone, the place he knew always sent me over the edge. “She’s out cold. I seriously doubt she’ll hear anything during that vodka-induced coma.”

We backed into the bed and collapsed into it. Zane’s hand crept to the edge of my shirt, but my phone started to ring from where I set it on his dresser. The song roared in the quiet house.

Carry on, my wayward son

For there’ll be peace when you are done

Lay your weary head to rest

Don’t you cry no more.

I pulled away at the sound of Derek’s ringtone. It was his favorite song, and he blasted it in his Mustang every chance he got. Zane pulled me back to him, recognizing the ringtone as well.

“Call him back.” His voice was pleading, on the verge of a whine.

My lips hovered over his. “It’ll just take a second.”

By the time I pried myself out of Zane’s arms and crossed the room, my phone stopped ringing. I called him back, but it went straight to voicemail. I went to send him a text instead and noticed the one I had typed earlier when we were leaving. I must have forgotten to send it. Deleting it, I sent him a different one asking what he wanted. There was still no reply by the time I fell asleep. 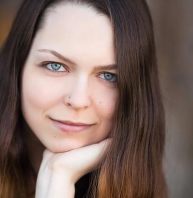 About the Author
Amanda Burckhard grew up exploring bat caves and hunting for dinosaur bones in the Black Hills of South Dakota. When she wasn’t crossing paths with mountain lions, she was making up stories and devouring books at the library. Although, she still does that.
Amanda loves to travel and cross out things on her adrenaline packed bucket list. Some of the things she’s been able to cross out include see an active volcano erupt, ride a gondola in Venice, and pet a tiger.

She currently lives in North Sioux City, South Dakota and works as a microbiologist by day. Some of her obsessions include comic book movies, hot chocolate, sushi, sunshine, and Doctor Who.
Author Links: