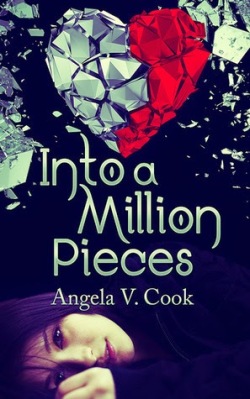 Into a Million Pieces
by Angela V.Cook
Release
Date: 01/2015
300 pages
Summary from Goodreads:
Allison McKready is a succubus. So is her twin sister. But while Allison spends her
summer break hiding in the library behind her Goth makeup, Jade fools around as
often as she can. Allison can’t believe Jade would ignore their mother’s fatal
example so recklessly, but concealing a cursed bloodline and its dangerous
effects is far from Allison’s only problem. Mean girl Julie’s snob mob is
determined to ruin her summer, and Aunt Sarah’s Bible thumping is getting
louder. Only her new friend, Ren Fisher, offers safe haven from the chaos of
her life.When one of Jade’s risky dates leads to humiliation and sudden tragedy, Allison
reels, and Ren catches her. But as her feelings for him grow, so does her fear
that she’ll hurt him—or worse—in an unguarded moment. The choice is coming—love
him or save him—but Allison might not live to make it. One way or another, the
curse will have its due.

About the Author
Angela V. Cook lives a very unexciting, but never
boring, life with her husband and two children just outside of Detroit. Like most
writers, she’s been making up stories for as long as she can remember and can’t
imagine a life that doesn’t involve creating worlds.

Angela loves to write novels for teens because it’s the best outlet for her
sarcastic personality, immature sense of humor, and love of romantic firsts.
Her idea of the perfect day involves a quiet house, a good book, and a piece of
cheesecake. Or two.