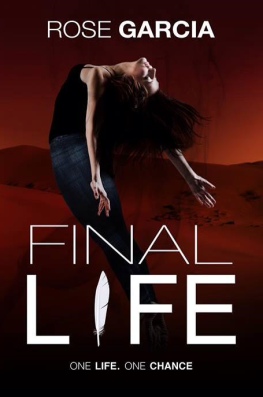 Book #1 in the Transhuman Chronicles

Nothing sucks more than being forced to move cross country during senior year. And Dominique Wells doesn’t think things can get any worse until she’s invited to a quirky neighbor’s party. When pressured into playing a magical card game, Dominique’s world goes from sucky to terrifying. She begins having visions of a red desert and an evil presence–a presence who hints at past lives and promises to kill her.

Plagued by fear and suspicion, and unaware of a family secret kept hidden from her, Dominique is determined to live. Together with a mysterious and gorgeous guy who’s moved in while his parents are away, and a hot, popular guy from school, Dominique must seek clues to her past if she’s to survive. That, and keep her emotions in check for the two guys she suddenly can’t stop thinking about because if she doesn’t, she’ll be dead. For real.

Available on  Amazon | Barnes & Noble | Kobo
___________________________________________________________
EXCERPT
The image
of blue sky, white sand, and calm waters popped into my mind, edging out the
fear and panic that had taken over me.
My body
slipped to the ground. My knees sank into the cool, pebbly sand. A soft breeze
flowed through my hair. Farrell stood beside me at the water’s edge, staring
out at the still water. He extended his arm and helped me to my feet. I brushed
myself off, recalling the terror and pain I had just left behind in the red
desert. I patted my chest.
“Am I
really here?”
“No,”
Farrell said sadly. “Only your mind is here.”
“Farrell,
am I—?” I paused, not wanting to say the words, as if keeping them to myself
would change my fate. “Am I dying?”
“Yes.” He
took my hand. “There’s nothing I can do.” His calmness filtered into me. And
for a minute there, death didn’t seem so bad.
My
attention turned to a bird in the distance that soared through the cloudless
sky. For eight lifetimes now I had died, and this was my last time. The world
would never be the same, and it was my fault.
Farrell
squeezed my hand. “Remember what I said? The last time we were here?”
Of course I
remembered. “You told me the end is not yet written, and to trust myself.”
The bird, a
white Egret, flew closer and glided right over us, wings outstretched. A lone,
feather escaped its plumage. The delicate quill drifted back and forth in the
sky. Just like the feather from my dreams and the feather Ms. Ryken had given
me that I had later seen at Jan’s. And then it dawned on me that it was the
same color as Farrell’s aura. I extended my hand, reaching out for it. When it
touched my palm, it disappeared.
Like
flipping a switch, I was back in the desert. Heat exploded inside me. The air
in my lungs had almost emptied. Warm, thick blood dripped from my fingers.
Farrell and Trent were on the other side of Tavion’s dark energy force, and I
was still inside, barely alive. Tavion continued to lift me at my throat,
squeezing the life out of me.
“Dominique!
Fight!” Trent yelled.
___________________________________________________________ABOUT ROSE

Rose Garcia is a lawyer turned writer who’s always been fascinated by science fiction and fantasy. From a very young age, she often had her nose buried in books about other-worlds, fantastical creatures, and life and death situations. More recently she’s been intrigued by a blend of science fiction and reality, and the idea that some supernatural events are, indeed, very real. Fueled by her imagination, she created The Transhuman Chronicles–a series of books about people who have overcome human limitations.
Rose lives in Houston with her husband and two kids. You can visit Rose at www.rosegarciabooks.com