At fifteen years old, Savannah is the youngest Diamond sister. Her older sisters have sheltered her for her entire life. Despite her rough upbringing, she’s optimistic and wants to think the best of people, although this can sometimes lead to her coming off as naïve. She wants to fit in at school, but has always felt like an outsider. She tends to feel overshadowed by the people around her. She trusts easily, and it sometimes leads to her getting hurt, but she’s always there for her sisters and friends when they need her!

Savannah loves singing, and has a fantastic voice, so it’s her ultimate dream to be a famous pop star. She’s been stage fright since a talent show disaster in middle school, but wants to record cover songs and post them on YouTube to try to get a following, like the YouTube stars she idolizes. She also plays guitar, but is self-taught, so she’s still learning how to improve. She mainly plays to accompany herself while singing. She’s athletic, and played on the JV volleyball team in her school in her hometown. She hopes to make Varsity as a sophomore.

She loves shopping and wearing anything that sparkles—dresses, nail polish, shoes, eye shadow, you name it! She loves reading fashion magazines and trying to duplicate the high-end styles worn by the models. Her favorite meal of the day is breakfast, and her favorite food is pancakes. Savannah has never had a serious boyfriend, and wants more than anything to believe that true love is possible!

Diamonds in the Rough (The
Secret Diamond Sisters #2)
by Michelle
Madow
Release Date: 10/28/14
Harlequin Teen
448
Summary from Goodreads:
All-access doesn’t
mean no problems.The three Diamond sisters survived the summer in style after coming to live
with their long-lost billionaire father. But making a place for themselves at
their exclusive new Las Vegas private school is throwing them any number of
gold-plated curves. Savannah’s YouTube stardom turns into a Sweet Sixteen
reality show extravaganza—with complimentary enemies on the side. Dangerous
flirtations don’t keep Peyton from a gamble that will risk far more than she
planned to bet. And when Courtney and the sisters’ archenemy, Madison, uncover
two explosive secrets, it will rock even this town of glittering illusion—and
turn their lives upside down all over again.Sisterhood, first crushes, and scandalous secrets explode in book two of
Michelle Madow’s riveting series, The Secret Diamond Sisters. 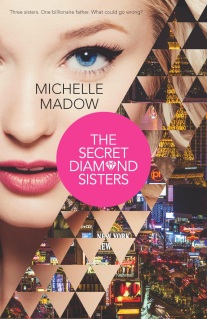 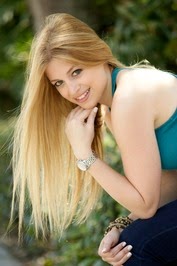 About the Author
Michelle Madow was inspired to write The Secret Diamond Sisters series while walking through her favorite hotel in Las Vegas. The next book in the series, Diamonds in the Rough, launches in October. Prior to The Secret Diamond Sisters, she successfully self-published The Transcend Time Saga. A tireless promoter of her work, Michelle is active on social media networks and has toured across America to promote her books and encourage high school students to embrace reading and writing. A graduate of Rollins College, Michelle lives in Florida … but she loves going to Vegas.
To chat with Michelle and other fans about her books, joinMichelle Madow’s Street Team on Facebook!