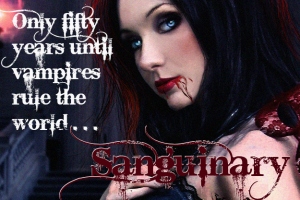 . . . and only three days until the release of Sanguinary!

Join us for the Sanguinary release party on Facebook!

We’ll have games, guest authors, and tons of prizes:

Stop by or stay for the whole party: