Welcome to the Something Wicked Strikes Blog Hop!

(There are a ton of blog hops in the fall–and October is the biggest month for paranormal and horror hops. So keep an eye on Words, Words, Words–I’ll be doing a ton of giveaways this month!)

For this hop, I’m featuring a couple of my favorite vampire books and giving away an e-book copy of my own vampire novel, Legally Undead. So check out the books below, tell me what you like best about vampire novels (it’s an entry in the Rafflecopter!), enter to win, then HOP to the rest of the participating blogs!

Vampire Books You Should Read

“The world, it seemed, had gone silent. It was something we knew but did not talk about. We were alone.”

While Layla Petrovich returns home to rural Hamletville after a desperate call from her psychic grandmother, she never could have anticipated the horror of what Grandma Petrovich has foreseen. The residents of Hamletville will need Layla’s cool head, fast blade and itchy trigger finger to survive the undead apocalypse that’s upon them. But even that may not be enough. With mankind silenced, it soon becomes apparent that we were never alone. As the beings living on the fringe seek power, Layla must find a way to protect the ones she loves or all humanity may be lost.

It’s all fun and games until someone ends up undead! 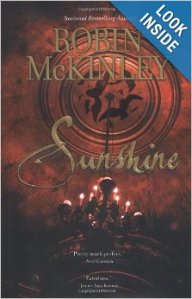 There hadn’t been any trouble out at the lake for years, and Sunshine just needed a spot where she could be alone with her thoughts.

Vampires never entered her mind. Until they found her. . . .

Now, chained and imprisoned in a once-beautiful decaying mansion, alone but for the vampire, Constantine, shackled next to her, Sunshine realizes that she must call on her own hidden strength if she is to survive. But Constantine is not what she expected of a vampire, and soon Sunshine discovers that it is he who needs her, more than either of them know.

These early literary vampires are sometimes terrifying, at times melodramatic, and occasionally ridiculous, but they are always out for blood—and their vampiric descendants continue to fascinate and captivate us.

Beyond the Count is a collection of vampire stories, plays, and poems from the eighteenth and nineteenth centuries. This collection gives students, scholars, and vampire aficionados the opportunity to examine works often long out of print and to contextualize the development of vampire legend beyond that most famous of literary Counts.

HOP to the rest of the participating blogs!