IFB is hosting the promo event for Sherrie Wouters’ debut fantasy novel. Continue below for an excerpt & giveaway. 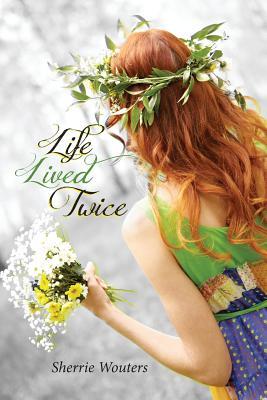 Synopsis via Goodreads:
Some promises are made to last forever … What if you fell in love with a stranger … but that stranger had come from your past, a past you never knew existed until the moment your eyes met?

When Tess Winters locks eyes with a stranger at an airport bookstore, it ignites a feeling of passion somewhere deep inside her that she can’t explain. Although the encounter is innocent and brief, the intensity of it lingers, leaving her overwhelmed by a yearning for the mystery man now consuming her every thought.

Struggling to break the powerful hold he has over her heart, Tess starts to experience strange but familiar dreams…dreams from the turn of the twentieth century of the charming Mr Addison Taylor.

As her dreams start to materialize into reality, and past and present begin to blur, Tess is forced to put the pieces of a forgotten time together, and soon discovers that love isn’t the only thing that can find you after an eternity. Captivating, mysterious, and romantic, Life Lived Twice will leave you wondering whether love is so powerful it could last more than a lifetime.

By the time I’d examined his tanned calves, the masculinity of his skin was lingering in the air between us. He smelt sensational, and I found myself uncontrollably breathing in as I rose.
Now curious to see more, I kept going. But as I began to move, an odd sensation of warmth radiating from him came over me; it was almost like an invisible hand caressing my skin. My heart fluttered at the idea of it, and suddenly blood was rushing to all the wrong places as I felt an unexpected thrill of anticipation.

After tracing his body all the way up to his chest, my wandering eyes didn’t seem to want to stop, and they were soon up to his neck and following the stubble along his jaw, right up to his light brown hair. And then he spoke. The sound of his voice jolted me from my daydream and pulled my gaze to his.

“Addison!” I gasped as our eyes collided. From the moment the name left my lips, my eyes widened … stared … and became lost in his. As a rush of airy weightlessness floated me from the floor, suddenly everything felt more enhanced, more real, like something inside me had suddenly woken up. It was an intoxicating feeling and the longer I stood entranced, the further his beautiful blue eyes reached into mine. Somehow they were knocking on the door to my heart, stirring something so powerful it made me want to cry and laugh at the same time and, for a brief second, there was something in his eyes that made me feel complete.

Suddenly his brows squeezed then softened. “Ah … um … sorry about the electric shock.” He smiled. “But who’s Addison?”

My throat tightened as warmth flushed my cheeks. Who the hell was Addison?

“Oh!” He smiled cheekily as he leaned towards me and whispered. “You sounded so convinced I was him … I thought for a second I could be. I mean, if you wanted me to be.”

My face shot back to his, words jamming in my throat as I stared. Who was this guy, this stranger? In just a few seconds he’d turned my soul inside out, and now he was charming me with his words as well.

As his lips rose into a smile, I couldn’t help but smile back. But panic quickly returned to my constricted throat as that name re-entered my head.

Suddenly aware of the warmth still creeping across my face, I managed to pull my eyes from his again and divert my gaze. Addison, Addison, who the hell was Addison? I couldn’t budge the name from my thoughts.

As I stood fidgeting, I could feel him staring, waiting for me to say something, anything. After taking a breath, I shifted my gaze and we locked eyes again as I spoke. “Um,” I said, swallowing hard, “I must be mistaken … sorry.”

About the Author
Sherrie Wouters is a thirty something flame haired chick who accidentally wrote a book and is now an author. A qualified Homeoeopath and Kinesiologist, Sherrie lives in country Victoria, Australia with her husband, and two daughters. She is currently working on the sequel to Life Lived Twice.

3 comments on “Spotlight On: Life Lived Twice by Sherrie Wouters”