Enter to win ebook copies of Fairy, Texas and Waking Up Dead!

Margo Bond Collins lives in Texas with her husband, their daughter, several spoiled cats, and a ridiculous turtle. She teaches college-level English courses online, though writing fiction is her first love. She enjoys reading urban fantasy and paranormal fiction of any genre and spends most of her free time daydreaming about vampires, ghosts, zombies, werewolves, and other monsters. Waking Up Dead is her first published novel. Her second novel, Fairy, Texas, was recently released by Solstice Shadows Publishing. Her next novel, Legally Undead, is an urban fantasy forthcoming in 2014 from World Weaver Press. 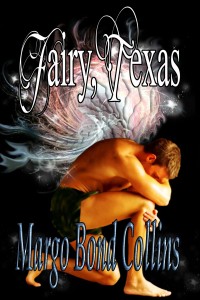 Laney Harris didn’t want to live there. When her mother remarried and moved them to a town where a date meant hanging out at the Sonic, Laney figured that “boring” would have a whole new meaning. A new stepsister who despised her and a high school where she was the only topic of gossip were bad enough. But when she met the school counselor (and his terminal bad breath), she grew suspicious. Especially since he had wings that only she could see. And then there were Josh and Mason, two gorgeous glimmering-eyed classmates whose interest in her might not be for the reasons she hoped. Not to mention that dead guy she nearly tripped over in gym class.