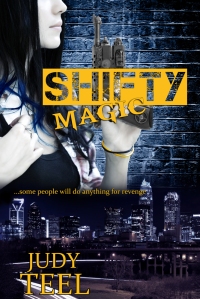 …some people will do anything for revenge.

A tough PI struggles to track down a vengeful serial killer only to discover that the murderer holds the key to her secret magical heritage.

Book One in the YA13 paranormal/mystery series Dangerous Magic by Judy Teel. “Expect action, on-the-edge-of-your-seat suspense, and the perfect touch of romance.”

I inched forward, far enough to see past the end of the alley and into the loading area of the abandoned Walmart. Only one stubborn streetlight on the other side of the broken security fence cast its inadequate glow across the cracked asphalt. Shadows pushed around the edges of the open space, deepening where they cluttered up against rusty dumpsters and smashed crates.

My heart thudded against my ribs at the sight of the woman standing just inside the slash of light, huddling in on herself, shaking. She was average height and on the plump side, around twenty like me, with light brown hair. Unlike me, her boobs looked ready to spill out of the low-cut halter top she wore, and her tight micro skirt was so close to showing her goods that if she twitched, I’d be scarred for life.

People were incredibly stupid about vampires. They had no idea what they were dealing with. 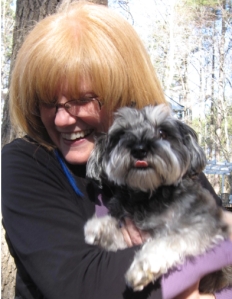 I live in North Carolina with my boisterous family–husband, three kids, a dog and a geriatric bunny–and yup, I’m Southern so occasionally I let a “y’all” slip out. Maybe more than occasionally.

I love my job and dedicate as much of my time to writing as I can. When I’m not doing the weaving of the adventurous and romantic tales, I’m running errands, driving people around (or crazy depending on your perspective), and generally pretending I’m a grownup.

When I was fifteen, I knew I wanted to be a novelist–wanted to write for Harlequin actually. But the calling to tell stories came a lot earlier than that, I just didn’t know what it meant.

I had a lot of growing up to do before I could manage it, though many would claim the growing up part didn’t take–you know who you are–but I finally have my dream job.

Life rocks—so should the books you read! 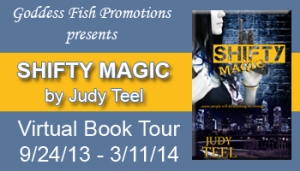 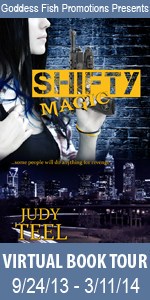