A Fate Forgotten (Fate of the Gods 2), a novel by Amalia Dillin.

Since the gods returned Adam’s memory six hundred years ago, Thor has been a scourge on his lives. But when Adam learns that Thor has been haunting his steps out of love for Eve, he is determined to banish the thunder god once and for all. Adam is no fool: Eve still loves the man she knew as Thorgrim, and if she ever learned he still lived, that he still loved her, Adam would lose any chance of winning Eve to his side, never mind liberating the world. But after everything Thor has done to protect Eve, everything he’s sacrificed, the thunder god won’t go without a fight. Not as long as Eve might love him again.

Which means that Adam has to find a new ally. The enemy of his enemy, complete with burning sword and righteous resentment of the gods. But in order to attract the Archangel Michael’s attention, he needs Eve — an unmarried Eve, willing to give him the benefit of the doubt.

It shouldn’t be too difficult to find her in the future. Not now that he knows how to look. 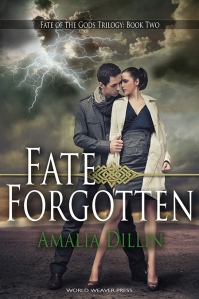